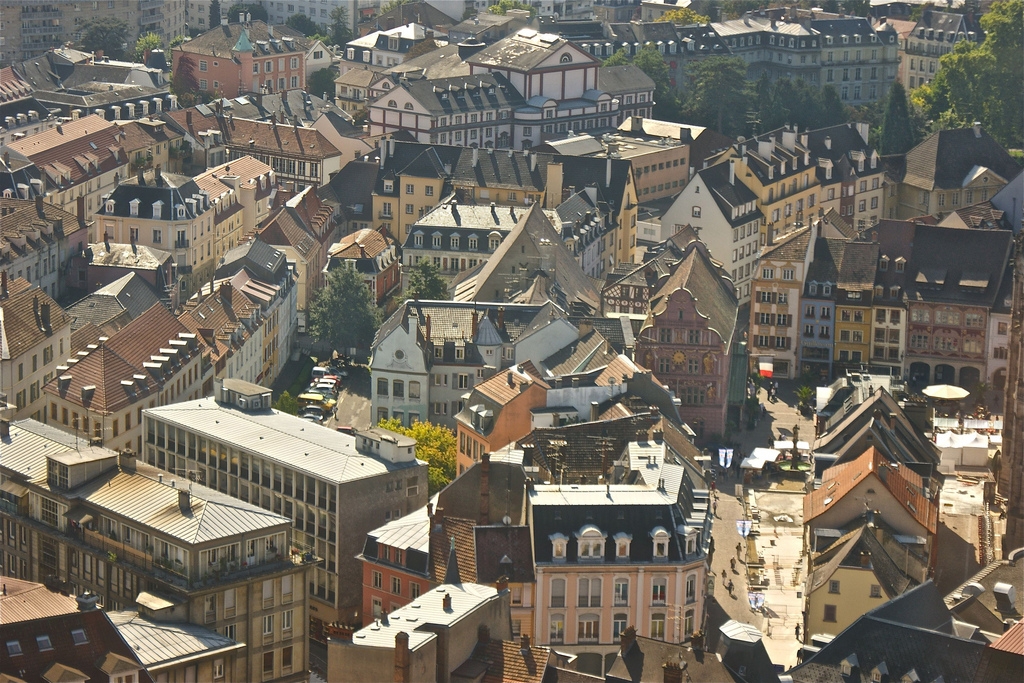 First Territory of coresponsibility, Mulhouse has worked with SPIRAL methodology since 2006 and helped to shape many of its aspects. Mulhouse is an old indutrial city in south Alsace, France.

Nestled in the Plains of Alsace, Mulhouse is located on the border of three countries: France, Germany and Switzerland. The city has 113,000 inhabitants and extends of 2,240 hectares. It has a rich industrial and social past, and today is confronted with migration flows to the city.

In Mulhouse they were able to set up a group of twenty six people with good representation from across the public and social sectors, including significant representations from:

Representatives who have signed the Multipartite contract The MSC (Multipartite Social Contract): Maison des Parent which is an association of the Mulhouse Alsace Agglomeration; Citizens and non-governmental organizations from the Drouot-Barbanègre neighborhood crew ; educational establishments both primary and secondary; The Rouffach Hospital Center ,other associations such as « Le Rézo » (knowledge exchange) or « Alter Alsace Energie » (promoting the rational use of energy) as well as the Dynamic Local Health Observatory

Links to more in informations, and videos (in French), by pilot action : Plus d'infos sur la démarche à Mulhouse

The Social Services department within Mulhouse has 1350 clients on its books, to whom the Department gives benefits, plus social advice and support. The Department has developed a pilot project using the co-responsibility approach with its users. The intention is to tackle the issue of social inclusion from a perspective of partnership and reciprocity rather then amore traditional; authority/ client relationship. The Department chose a representative sample of 25 families and then held meetings with them as well as with a theater animator and a psychologist. The group worked together for a three month period at the end of which around half signed up to a 10 month program of activity and a commitment expressed in a four way multipartite service contract . The activity program is based on the well-being/ Ill-being concerns expressed by the users and the workshops are designed to address these. The service users take the responsibility for and help to shape and organize the service that they use.Results:

It is a pilot project which directly engages with young children. It is organized under the auspices of the Maison des Parent which is an association of the Mulhouse Alsace Agglomeration to support and help parents and their children. The key idea behind this project is to involve the whole neighborhood in the process of educating the children. A charter was drawn up on the concept of mutual. Together with local NGOs different trainings and creative workshops aim to limit addictive risk had been conducted. The pilot project brings together 186 pupils drawn from two primary and a secondary school in one neighborhood. The first part of the methodology was used with pupils – the question on well-being- and more than 1000 responses were chosen. From the demands made by the pupils the officials were able to draw a range of suggestions with a strong co-responsibility approach which are now being pursued by the pupils.

Integration through Housing and jobs

This project enables to put into the common context both housing and employments and the whole family has to participate actively to this project. It seeks to find accommodation for families but on the basis that the prospective tenants have to be involved in their own re-housing, for example, by helping in the renovation work or being involved in some way in their own re-housing. The initiative started in 2009 and to date 90 families have been involved in discussions and 12 have engaged in the project.Results:

This implementation began around the priority topics of education/ parenthood (for example, producing a leaflet listing the actors in the neighborhood working on education and parenthood) and social links/ motivation (for example, outings for social and cultural center families, partnership welcome time directed at young adults, coffee breaksfacilitated by volunteers at the neighborhood associations, etc.)

The Jean Wagner Sociocultural Centre was also our landmark, the place where our creativity could be expressed during workshops or fairs. Other associations such as « Le Rézo » (knowledge exchange) or « Alter Alsace Energie » (promoting the rational use of energy) gave us their expertise at a specific point on our walk. Finally, Mulhouse Habitat enabled us to communicate more effectively amongst ourselves, as with the Neighborhood Council, the head of Mission Territoriale (Territorial Some ideas for collective action to guide us on the continuation of our journey have already arisen : 1.the formation of a purchasing organization 2.the creation of an association for community-supported agriculture (« AMAP » in France), 3continued workshops open to everyone for manufacturing cosmetics.

An error occurred while performing the request.